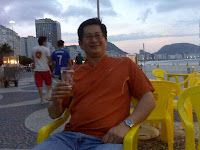 I sent this guy to Angola to look for my buddy BayiSingh who has been untraceable for some months.

This guy told me he took a wrong flight and landed in Copacabana to do everything (except looking for BayiSingh).

And suddenly BayiSingh wrote to me to say he is back to Malaysia but is resting at Genting Highland. And my guy said he is now in Namibia looking for Bayi. Bludy One Long Dick; that's his name; such a dickhead.

BayiSingh is back in KL after spending two weeks with Lim Goh Tong. And, you know what? He bought a new Mercedes Benz. I have not seen one like his before... look at the pictures ... 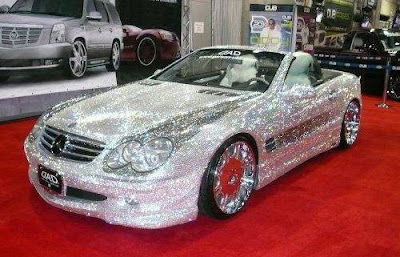 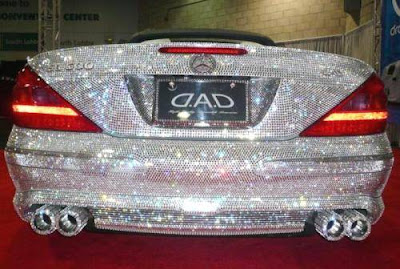 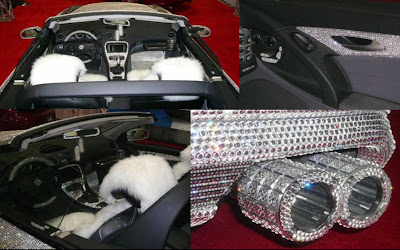 He said this Mercedes-Benz SL600 was coated with over 200,000 Swarkovski crystals and Bavarian White Mammoth seat covers.

What the hell is Swarovski? I know what is crystal but that Swaro thing? And Bavarian Mammoth seat cover? What's that? Is BayiSingh mad or extremely mad?

Where got people put crystal in a car; and on exhaust pipes too!!!

"He owns 300 cars and has been rumored to own a diamond-covered Mercedes SL600 worth an estimated $4.8 million. This, however, is a popular hoax email that has been circulating the internet since 2006 in different forms.[7]"

Mav, its a hoax la, but his other jewel is called Citibank Group, and that is not a hoax.

btw, is lim goh tong dead? did bayi visted him in the graves or elsewhere? this could be the biggest ressurection story since jesus crist.

smart people spend money on real improvement - the car engine, etc etc to achieve better performance on the car. stupid people spend the money on the decorations, and hence the crystal on the merc. blink blink stuf, the type malaysia do for their 'malaysia boleh guniness record'. Malaysia did learn a lot from their friends in the middle east.

most if not all of our rich prince from oil rich country in middle east do this kind of stupid stuff.

smart countries like US, Germany, UK and Italy spend money to improve engineering and to make better and superior cars. hence we have Merc, BMW, Ford and Ferrari coming from these countries.

Malaysia falls into the earlier mentality.

Aiyah...say alredi. I close my diamond mine becos Mugabe threaten violence. So to smuggle out all my diamonds, I pretend they are only Swalofski crystals lah. So this Mercedes actually cost about RM10 million.

Thanks for the link; the car is real.

You very smart; where's the diamond now? How about one piece for me?

Get your friend, Mr Dick Head (if not Dick Cheney!) as well as BayiSingh to rush to SAPP MPs to protect them with this Merc Anti-C4 bomb-proof.

The two MPs must be worried lot and no police can protect them all, except the C4 Bomb-proof vehicle.

Once happened, Gomen will claim that Mindanao MORO Liberation wanted to take Sabah...

Mr Dickhead is in Namibia and is on the way to Zimbabwe.